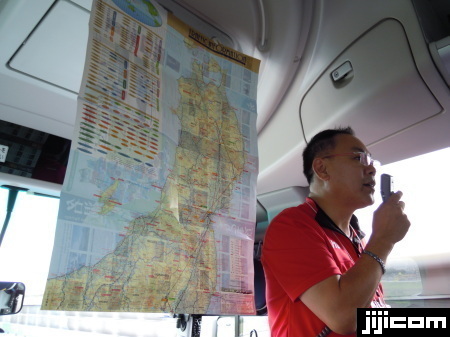 In early August, some 100 Singapore university students visited Japan's Tohoku, looking to do something that would help the northeastern region recover from the 9.0-magnitude earthquake and ensuing tsunami on March 11.
During their six-day stay in Japan under the 'Youth Ambassador for Tohoku' program, the students felt depressed when witnessing the tsunami-caused devastation in Rikuzentakata, one of Tohoku coastal cities washed away by the monster waves, where they took part in volunteer work.
But they also became convinced that Tohoku will rise again, as they saw progress in some reconstruction projects and discovered the resilience and unity of local people during visits to flamboyant summer festivals, which were held even in the aftermath of the disaster.
The program, arranged mainly by the Japan National Tourism Organization, was aimed at boosting understanding of Tohoku's real situations and revitalizing tourism in the region.