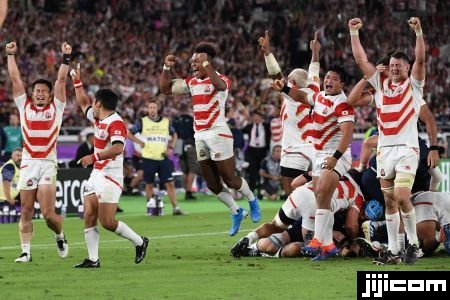 
Japan hosted the 2019 Rugby World Cup from Sept. 20 through Nov. 2, bringing the top event in the rugby world to Asia for the first time ever. To watch games live, 1,704,443 people gathered at stadiums across the country. About 1.84 million tickets, or 99 pct of the total, were sold. Outside the stadiums, some 1,137,000 people cheered on the 20 teams at fan zones set up in 16 locations. The Brave Blossoms electrified Japanese fans with their unprecedented 4-0 winning run in the group stage. Specifically, the team made another history by upsetting then second-ranked Ireland, which had never allowed Japan to prevail. The 2019 event will also be remembered as a World Cup with the first-ever game cancellation. After making a landfall in central Japan on Oct. 12, super Typhoon Hagibis travelled east, forcing the Italy-New Zealand and England-France matches to be canceled. Japan's final Pool A game, against Scotland, however, was held as scheduled at International Stadium Yokohama, allowing the Brave Blossoms to grab the first knockout stage berth in Japanese rugby history, on their own. 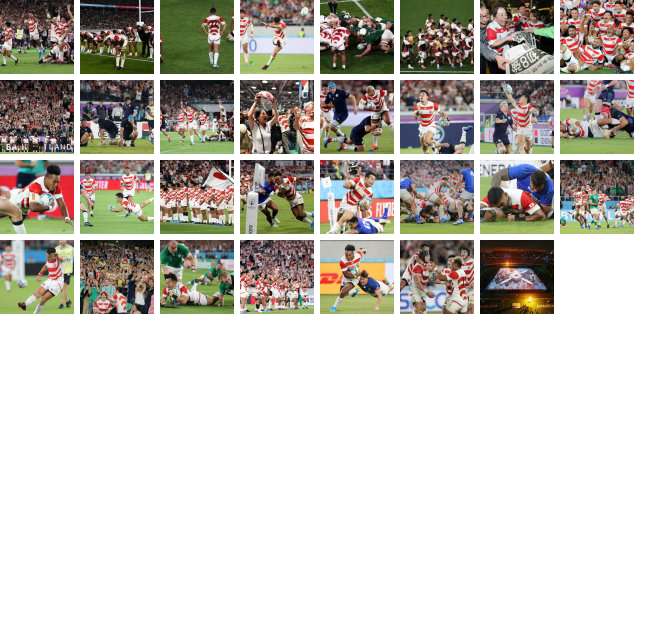