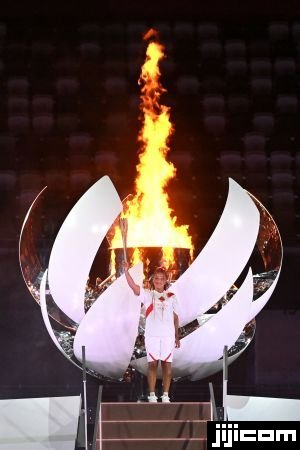 
After being postponed for the first time in Olympic history by a year due to the novel coronavirus pandemic, the Tokyo Olympic Games fully started with the opening ceremony on July 23 while the Japanese capital was under the COVID-19 state of emergency amid a resurgence of new cases. Joined by some 11,000 athletes from 205 countries and regions, the second Summer Olympics in Tokyo after the 1964 Games were held under strict infection prevention rules such as wearing masks, with most events, including the opening ceremony, shutting out spectators. Baseball and softball made a comeback after a 13-year absence, while karate, sport climbing, skateboarding and surfing were newly adopted as Olympic sports.